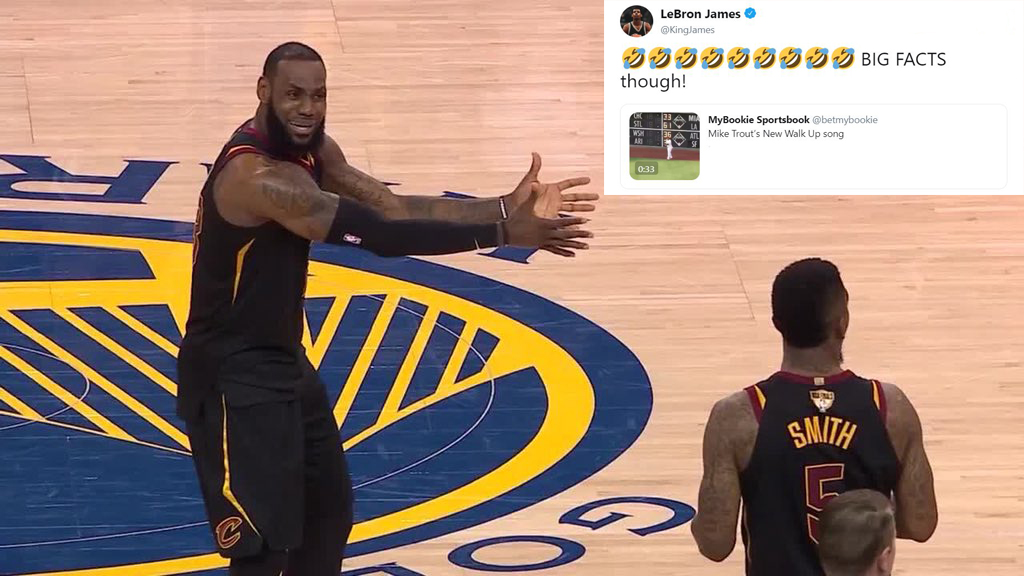 One of basketball’s biggest stars re-tweeted an offshore bookmaker this weekend, despite the NBA’s plans to reinforce its legal gambling policies.

It was a video from MyBookie, a sportsbook licensed in Curacao, which showed Los Angeles Angels baseball player Mike Trout stepping up to the plate.

MLB player Trout signed a contract with the Angels worth $426.5m over 12 years, giving him the best-paid deal in sport pre-sponsorship, with the video referencing that agreement. It is not clear if Los Angeles Lakers forward James was paid any money for the re-tweet, but his post received 7,856 re-tweets itself and 56,174 likes.

You can say anything, but LeBron knows how to troll.