Gambling welfare campaigners have warned of a potential “frenzy” in betting on football when the Premier League and Championship restart, with all 92 remaining top-flight games televised live to supporters still largely in lockdown.

Betting companies are expected to resume sustained advertising and marketing, particularly via the apps on which people have accounts to gamble on sport, and TV broadcasts will also prominently show advertising around the grounds and on club shirts. Of the 44 clubs in the Premier League and Championship, 27 – 61% – have a betting company as their main shirt sponsor.

Research by the Gambling Commission into betting habits during the Covid-19 lockdown, published this month, has found they remained quite resilient despite the lack of sport and large numbers of people suffering a drop in income, with only a 5% decrease in active player accounts.

A finding that has worried campaigners is the large proportion, 62%, of “engaged gamblers” – people who participate in three or more gambling activities over a four-week period – who in March and April increased the time or money they spent on at least one gambling activity. The research also found a significant increase over the last year in the number of different gambling activities by people who bet online, from 26% engaging in more than one online activity in April 2019 to 42% during the full lockdown month this April.

“We know from previous studies that engagement across a larger number of activities can correlate to higher levels of moderate-risk and problem gambling,” the commission said.

Charles Ritchie, who co-founded the charity Gambling with Lives after his 24-year-old son Jack killed himself in 2017, told the Guardian: “During lockdown people with gambling problems have increased the amount of time and money they spend gambling. We fear that the situation is going to get worse because alongside the welcome return of football and televised live games, we face the awful prospect of a massive boom in gambling advertising and marketing.

“Most people will deplore the constant parade in this marketing of the usual celebrities, false glamour and excitement, and incomprehensible offers. But for many people this could spell despair and disaster, lured back into the 90-minute non-stop in-game frenzy of betting on any and every aspect of the game, which is the reality of modern football betting.”

Ritchie has consistently sounded the alarm about the increasingly addictive nature of betting on football, due to the growth of in-game offers on the next goal, booking or other event. Research has shown that rapid-outcome betting is more addictive than gambling on longer outcomes, such as a match’s result.

James Grimes, a recovering gambling addict who formed the Big Step gambling awareness campaign, has called on the government to ban gambling sponsorships and advertising in football, and in February completed a 100-mile walk between six Premier League and Championship clubs that have betting companies as sponsors.

“The increased opportunity to watch games from home and for free has the potential to cause gambling harm,” he said. “The social aspect of football has gone for the time being and solitary viewing, with a bookmaker effectively on your phone in your pocket, is a recipe for harm. 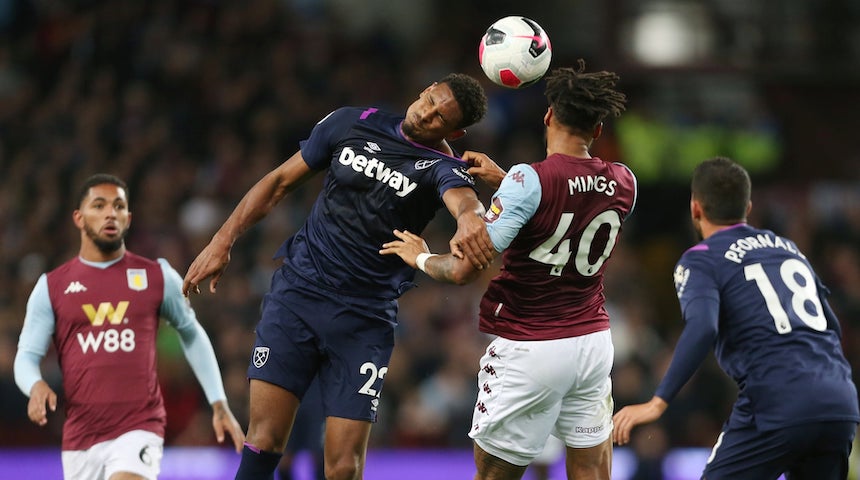 “As a recovering gambling addict, I think back to when my life revolved around betting on football. I didn’t need an excuse to stay home, losing all my money on in-play, high-intensity gambling products associated to football. I dread to think of the consequences for my addiction if I was still gambling now, with the prevalence of betting opportunities and relentless marketing.”

Tranmere Rovers’ chairman, Mark Palios, has spoken out against gambling sponsorship, which he says he has turned down for Tranmere, and the club are working with the Big Step and NHS on initiatives to combat increases in online gambling during the pandemic.

The coronavirus crisis is predicted to increase the commercial pressure for clubs to have gambling sponsors, as other consumer businesses suffer financial difficulties.

In February the Premier League’s chief executive, Richard Masters, said he acknowledged that gambling required “stronger governance, particularly to protect the vulnerable” and that the league would cooperate with the government’s promised review of the 2005 Gambling Act. However, he said the league would resist moves to ban advertising on clubs’ shirts.

The EFL has said of its association with Sky Bet that it is “happy to work with a responsible, properly regulated bookmaker who recognises the importance of having the right safeguards in place”.

A spokesperson for the Betting and Gaming Council, which represents gambling companies, said they had implemented several measures to protect against problem gambling during lockdown. “With the return of some sports, the ‘whistle-to-whistle’ ban on TV advertising during live sport will remain in place and we have further committed that 20% of all advertising will be safer gambling messaging,” he said. “This is in addition to implementing a ban on gambling with credit cards, new strict age and ID verification checks and providing additional funding for research, education and treatment.”

The Thrylos did well to sign Rafinha, Yann M’Vila, Jose Cholevas and several other experienced players in the summer transfer window, and it is no wonder they are seen as favourites to win the first leg. The Greeks are a real force to be reckoned with at home, and even though there will be no spectators at Georgios Karaiskakis, we are tempted to put money on the hosts. When two teams met in July Olympiakos won.