5 Interesting MLS Round 22 Matches To Bet On

The MLS Regular Season is gradually reaching the home stretch. The playoffs will begin very soon, and the tables of both conferences are still very dense. Unsurprisingly, almost every game in this section of the season turns out to be dramatic. Many interesting matches will take place in the upcoming, 22nd MLS round.

Montreal Impact currently occupies 9th place, which allows the team to count on the playoffs after the main part of the season. Nashville SC, in turn, is one position higher, ahead of the rival in the upcoming round by two points. This meeting is of great importance in the tournament, which means that the fight on the field will be serious.

It is difficult to decide on the favorite in this confrontation because both clubs play unstable this season. Perhaps the safest thing to do here is to focus on a total over/under of goals. Montreal Impact is the brightest team in its conference, in the matches, the wards of Thierry Henry, on average, score 3.5 goals per game. “Nashville” most of the season played on defense, but recently also began to delight fans with bright matches. So, for example, in 3 of the 5 previous games, the guests have played the total “over.”

Atlanta United was recently in the playoffs zone, but recent results have pushed the team back to 12th in the Eastern Conference. Stephen Glass's charges are leading a streak of five matches without victories. The away meeting of the upcoming tour with Orlando City does not bode well for the guys from Georgia.

Orlando City looks great on its own territory. “Lions” do not lose for 15 matches in a row on their field. There is no reason to believe that this series will be interrupted in the upcoming confrontation. “Atlanta United” is not only inferior in class and is not in shape, but also play terrible in away matches.

In 8 of the previous 10 matches with Orlando City participate, both teams have scored.

Looking for the best betting bonuses?

Guests are on a significantly higher position in the standings, this fact makes them favorites in the opinion of bookmakers. However, it should be noted that the Seattle Sounders on the away is weak. On account of the representatives of Washington, only two wins in seven games on foreign soil.

Vancouver Whitecaps show wonderful results on its field. The team finished 8 out of 9 home games of the current season with a total of over 2.5. By the way, Vancouver Whitecaps won three home matches in a row, against far not easy opponents — San Jose Earthquakes, Real Salt Lake, and Los Angeles FC. 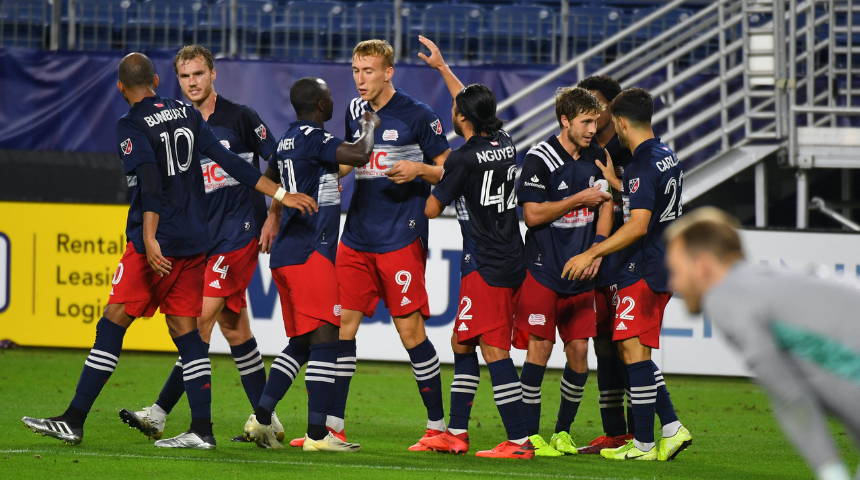 A rather interesting and intriguing confrontation will take place within the framework of the MLS Eastern Conference. The New York Red Bulls will host the New England Revolution at home. Red Bulls currently occupy the sixth line, which allows them to go directly to the quarterfinals. And the guests, in turn, are one position lower, but the team has the same goal for the rest of the season — reaching the quarterfinals from the first 6 places. Of course, this meeting carries a very important tournament value.

New York Red Bulls show good play in attack, the team scored in 9 out of 10 previous matches. At the same time, the guests who were able to distinguish themselves in 9 out of 11 away matches of the current season look no worse in this regard. By the way, the teams exchanged goals in 8 out of 10 previous face-to-face matches, which also hints that we will see goals from both sides.

In the upcoming round of MLS, the leader of the Western Conference Sporting Kansas City goes to visit Cincinnati, which is located on the last line of the Eastern Conference. The home team are spending a disgusting season for themselves, the guys in the past 20 matches were able to score only 11 times, this is the worst indicator among all clubs in MLS. Of course, with such an attack it is difficult to count on something in this game, but let's not forget that this is MLS. Here everyone can beat anyone, regardless of the position in the table and other pre-match layouts. So this meeting is not devoid of intrigue for sure. Although, everything suggests that no more than two goals will be scored in this confrontation.