The history of this fight is worthy to pay attention to. Fans are still going up the wall because Khabib vs Tony Ferguson fight didn't occur. We won't touch upon a subject whether the champion just avoided this fight or there were objective circumstances, otherwise we will start another fight.

Well, anyway, Tony didn't wuss out and still went into the cage with the dominant puncher Justin Gaethje, where he was “raped in a perverted manner”. Thus, Justin became the top contender for the UFC lightweight champion title. His fight with Khabib for the championship belt will occur on October 24 as part of the UFC 254 tournament.

The fight was originally scheduled for September, but the league behaved honorably and postponed the fight a month later. This was done as a sign of respect for Khabib Nurmagomedov, who recently lost his father.

We cannot doubt their fitness at all. It is the main fight in the career of both men.

Justin started spending all the time in his gym immediately after the victory over Ferguson. He is preparing specifically for the fight with Khabib. He has a super team, the coolest assistants and a lot of motivation.

Khabib continued to train even despite his personal tragedy. He understands the strengths and weaknesses of his opponent, which he doesn't hesitate to talk about out loud. He is worried about Gaethje's striking power, his ability to throw a curve and even to defend against takedowns. This is okay. There is absolutely no arrogance, what is a very bad sign for his opponent. Khabib will be ready and fit. He has a goal: he wants to call time on career with a 30:0 record, and the fight with Gaethje will be the 29th in a row.

“In this sport, and especially in this weight there will always be hungry lions that will breathe down your neck, if you relax, then you’re finished. Some leave and others arrive, that’s nothing to be surprised about. But I won’t fall before the shot. We will still fight," Khabib said.

What do the fighters say?

Anyway, we have to go off of the contender. The outcome of the fight depends only on him. We know perfectly the strength of Nurmagomedov. It is important for us to know if Gaethje has any technique against him.

Gaethje himself is sure he has. “I was a national level fighter and fought in the first division with some really tough guys who were at the peak of their powers. There's going to be a zone in front of me during the fight with Khabib. It's not very big. It’s gonna be a zone of death every time he enters this zone. That’s what I’m the best at: creating carnage, creating car crashes. So my only goal is to create as many car crashes as possible with our bodies hitting, my fist hitting his head, his fist hitting my head. Of course, I'm ready for five rounds in the octagon. My main task is to keep the distance, which will not allow him to attack. I have good wrestling skills in terms of avoiding takedowns," he said. 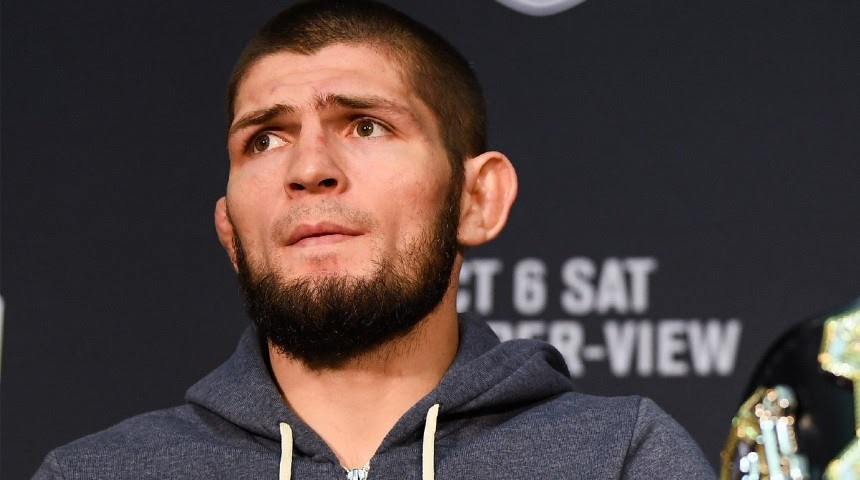 Daniel Cormier, who knows a lot about this sport, partially agrees with Justin and considers him the most dangerous opponent for Khabib: “There are good reasons why I consider him the most dangerous opponent for Khabib. The first is his ability to defend. He is a high-level wrestler. I know he doesn't use these skills to attack as often as people want, but he is still a high-level wrestler. His boxing and punching skills are good. Fantastic endurance and an iron-like jaw. This is a very difficult fight for Khabib.”

But he doesn't believe in Justin's victory. “I just think Khabib Nurmagomedov is the most dominant fighter the UFC’s ever seen. I know that there are candidates for this status, but none of them fought as if it was an easy walk, as Khabib Nurmagomedov does it. I do believe he is going to retire undefeated, and I believe that he will do so soon. 28-0, he has no mistakes. He is the most dominant fighter in UFC history. See how well Dustin Poirier performed against Dan Hooker. And compare how Khabib did it. Dustin said between rounds that he could not get out of ground fighting. He's just a beast.”

No, guys, I won't choose the winner here, don't even ask me. Everything is possible. It is possible that Khabib will calmly take the fight down and strangle the "national fighter." Nobody will be surprised. But no one will also be surprised if Justin wins in the first round. Or if he will jab a lot and win.

But if you still put a gun to my head and force me to choose a wager, then I will choose the “win by technical superiority”. I don’t choose the winner.

What do bookmakers say?

Bookmakers consider Khabib Nurmagomedov a firm favorite, but don’t rely on their position in this case. Most tipsters bet on Khabib.

This is almost always the case in top fights. This fight is more than just a top one. Even most people will bet on it.