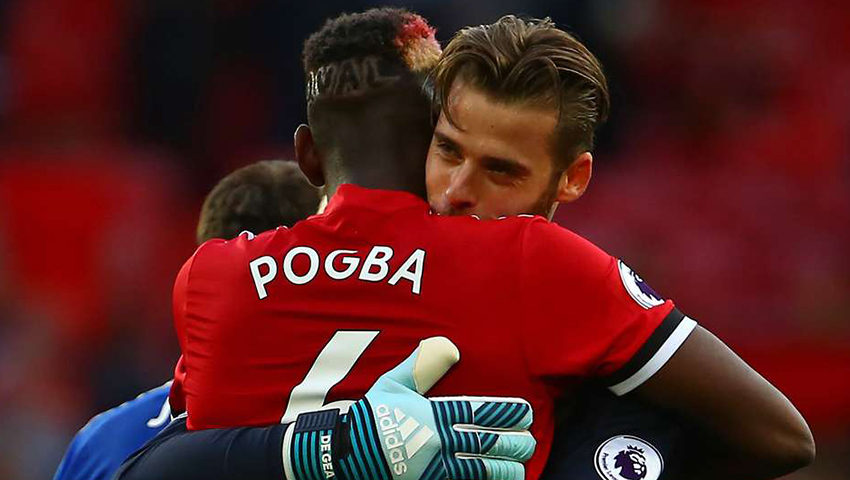 Jamie Carragher feels David de Gea and Paul Pogba's drop in performance levels at Manchester Unitedare a product of the players' uncertainty over their respective futures at the club.

De Gea has yet to agree a new deal at United and will be free to leave Old Trafford for nothing at the end of next season, while Pogba has openly talked of his desire to play for Real Madrid.

Pogba was unimpressive while de Gea committed his second blunder in as many games as United were humiliated with a 4-0 drubbing by Everton on Sunday to extend United's poor run of form to six defeats in eight games.

The Reds had not recorded that number of losses in eight outings since the 1988/89 season, and Carragher feels United should cut their losses with Pogba and De Gea if they are to return to their former glories.

"Ole Gunnar Solskjaer is coming out now and questioning players and the same names are coming up. Pogba, Martial. The same players all the time. And the only thing I can think of, when I was at Liverpool, we weren't the team at the top of the league winning things, and you have a great player - think Steven Gerrard or Luis Suarez - and you think 'we can't lose this player, this player is everything, we're not doing great'.

I think about that with some of the Man United players. It feels De Gea is messing about with his contract, Pogba is the same, maybe Martial has just signed one right now. This idea that these players can't leave your club or it will all fall apart – It's Man United! It's one of the biggest clubs in the world, and you're not exactly pulling up trees with them anyway.

So if people aren't showing the right attitude just make a decision. Be a big club and a proper club and say 'OK. If you don't accept what we want to do, move on and we'll get someone else'. It's Manchester United!

"Never forget how big the club is and the power that they've got. Don't ever let these players dictate to the club about signing contracts, just get rid of them!"

Bookies also believe in the departure of Pogba and De Gea

Your thoughts on summer departures of these superstars?