Punter wins £2,500 for betting on Theresa May becoming Man Utd director of football 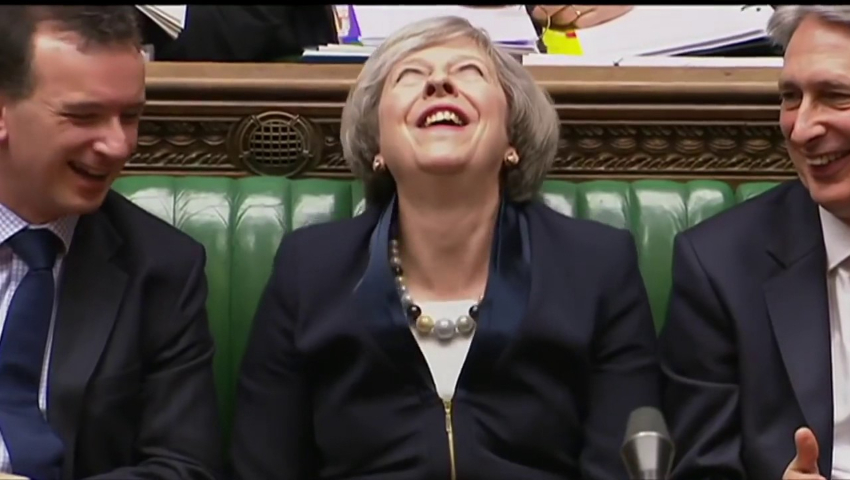 One lucky punter has won £2,500 after placing a bet on Theresa May becoming Manchester United's next director of football.

The gambler placed a £5 bet on the 62-year-old moving up north and linking up with the Red Devils, after Paddy Power listed her as a potential candidate for the job.

The bookmakers priced her at 501.00, and one chap jumped on the offer - clearly having some inside information that May could soon be working with Ole Gunnar Solskjaer.

Staggered that anyone would place such a bet, Paddy Power took to Twitter to announce they paid the person off for having the audacity to back May.

They tweeted: "We've just had someone put a fiver on this, so f*** it, we're paying him out. 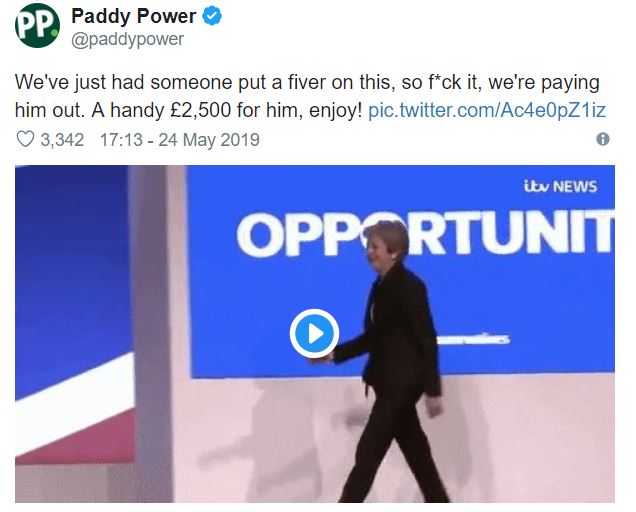 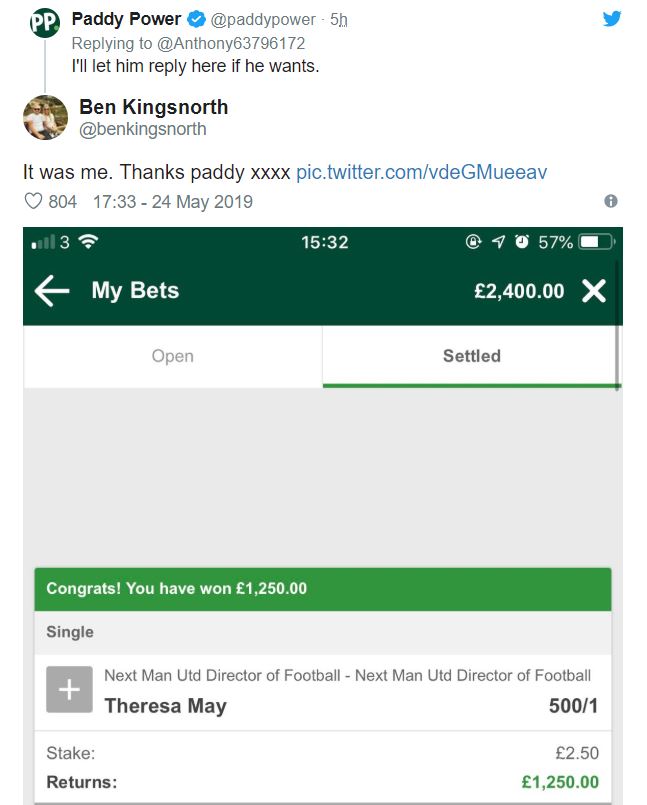 She will remain in office for the next two weeks before stepping down as party leader, though she still plans to stay on as MP for Maidenhead.