The man who won $1.19M betting on Tiger Woods says he was $25K In debt. That was his first wager 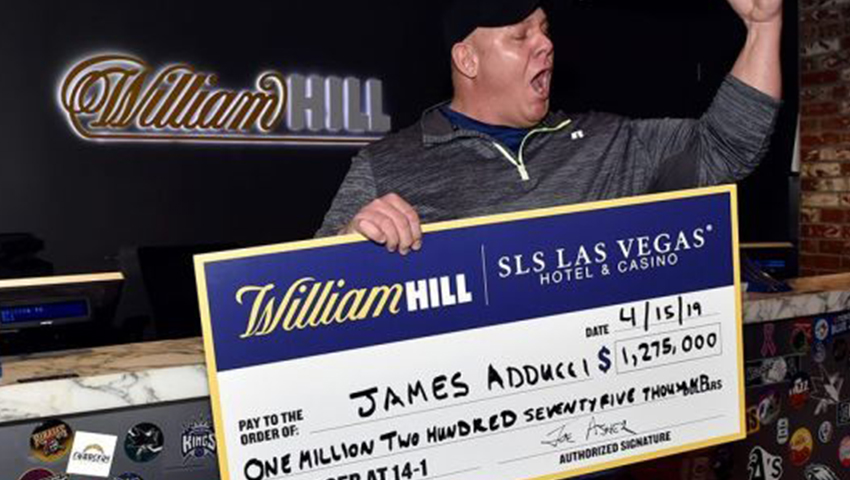 It came to James Adducci out of nowhere in March. Tiger Woods was going to win the Masters and he kept faith in Tiger.

What follows is a story as outrageous as Tiger Woods comeback. No, it’s even crazier. It doesn’t even seem possible. You see, William Hill is paying out $1.19 million on Monday, the most the bookmaker’s U.S. division has ever paid out on a single golf bet.

And it’s paying it out to the 39-year-old Adducci, who says this was his first ever sports bet. He said the only other wager he had placed in his life was with the now defunct site Tradesports that Arnold Schwarzenegger would win the 2003 recall election for California governor. Yes, Adducci said he won that bet too.

Three different large Las Vegas sportsbooks confirmed independently they have no record of Adducci ever placing a sports wager previously at their properties. 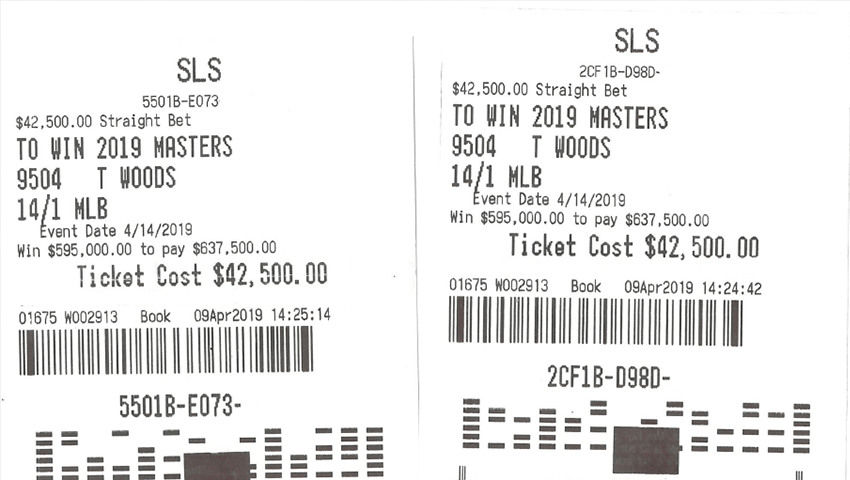 Adducci said he didn’t know how to place a bet and he certainly didn’t have $85,000 on hand. Yet last Tuesday morning, after the Wisconsin native took a flight to Vegas, he walked up to the desk at the sportsbook at the SLS Casino in Vegas and asked if he could get an $85,000 bet on Woods to win the Masters. (William Hill runs the sportsbook at the SLS, one of more than 100 such locations for the company in Nevada.)

It was the third sportsbook Adducci said he had visited that day. One sportsbook said the max they’d let him bet was $4,000. Another, the Westgate, set the max at $10,000. He passed on both offers, hoping to put the lump sum down at one book.

James Adducci said he handled the $85,000 in cold hard cash and put it into his backpack.

He then took an Uber back to the SLS. Not thinking, he said he hit POOL on the app. So with $85,000 in his backpack, he shared a ride with a mother and a daughter who he said were wondering aloud how they would pay for life ahead.

«I felt sick, knowing that I had $85,000 in my backpack and they were talking like this,” Adducci said. “If I see them again, I would help them out.»

It was a weird feeling. He said that on Christmas Day 2018, he was $25,000 in debt, claiming that his protein supplement business had gone bust after a supplier didn’t fulfill its responsibilities.

Whats your largest income from bets? Share it in the commenatary section!

More tips
Mr_Green47.1% WR-0.86% ROI
day ago
1.41Over 2.5 Goals
Liverpool vs West Ham United|England. Premier League
Liverpool vs West Ham United|England. Premier League
As I know, Alisson is back and prepares for the new challenges! 🔴🔴🔴I think now some of Liverpool's problems are solved: at least they have their number one at the goal. I do hope Liverpool finds all variants to replace injured Van Dijk for West Ham: the Hammers have won one point vs. MC, and they’re ready to make another bad surprise for Liverpool. Let’s see who’s gonna win. Three goals are guaranteed, I think.⚽⚽⚽
15
0
Repeat 1.4
Jоhn Snow57.7% WR2.25% ROI
day ago
3.4Cádiz Win
Eibar vs Cádiz|Spain. La Liga
Eibar vs Cádiz|Spain. La Liga
As for head-to-head matches, I can’t believe these two teams have not been playing against one another for 12 years. Cadiz is showing a great game: four matches without any loss (three for Eibar after two losses). Despite their 6th place, books don’t believe in another surprise from Cadiz. I’ll believe: I think the team may try to challenge the top teams and try to conquer their Champions League place.⭐
10
0
Repeat 3.25
PrevNext