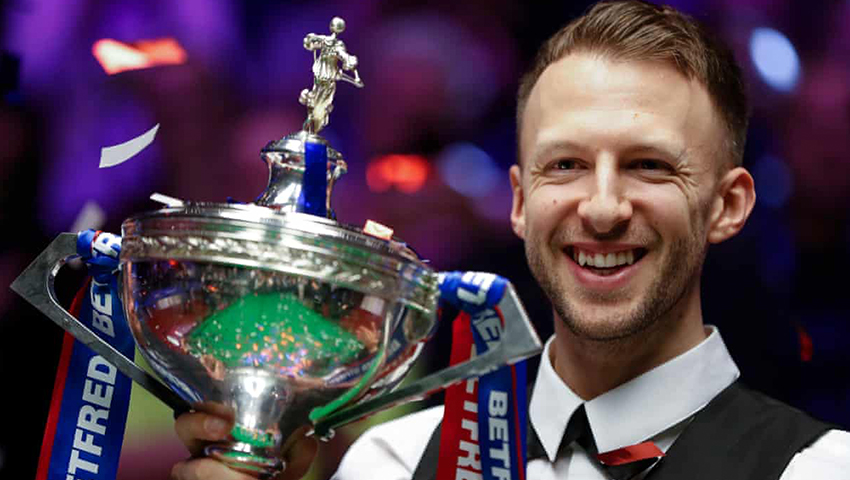 A punter has won £10,000 after Judd Trump’s victory in the world championship saw a 21-year-old bet come off. The racing journalist Neil Morrice, 62, placed a bet on Trump to win the snooker showpiece in 1998 after seeing the then eight-year-old play a frame against his son.

At the time the young Bristolian needed to stand on a box to reach the table. Now, he is the world champion, following a convincing 18-9 victory over John Higgins at Sheffield’s famous Crucible. Morrice said he felt he had “seen something” when he first witnessed Trump in action against his 12-year-old son Richard.

“Richard was quite a decent club player and I used to take him to all the clubs on the circuit. And one day – I remember it well, it was a Sunday – we went down to Bristol and on the edge of Bristol there was a club called the Keynsham Club and my son was looking to find somebody to give him a frame.

“This little boy came up and said to Richard: ’Do you fancy a frame?’ So Richard looked at him and said ’OK’. And the little boy said: ’I’ll give you 20 start.’

“He used the cue more like a spear than a cue because he was so small and he whacked down a 30 break. And I think with about one more visit to the table it was game over.”

Morrice, also from Bristol, said everyone in the city “had high hopes” for Judd. “Even at the age of eight they could tell he was something very special,” he said.

Following the encounter, Morrice called his friend, who worked for bookmakers Coral, and was offered a £10 “fantasy bet” at 1,000-1 for Trump to become champion of the world by the age of 30. The victory was all the sweeter because this year’s tournament was the last opportunity for Trump, 29, to ensure the bet came to fruition.

“It’s been a rollercoaster ride … in 2011 he made the final against, of all people, John Higgins, looked as if he was going to win it and then of course lost.”

Morrice said he was not nervous while watching the final, but admitted: “I went to bed a happy man. He was so cool and so relaxed, playing sensational snooker, both attacking and defending, so it really was no surprise at all when he went out and polished it off in the first two frames.”

On what he’s planning to do with his winnings, Morrice said: “I think I might give my wife a nice holiday, that would be my paramount thought at this time.”